The Interpretation Center of the Orihuela Palm Grove (CIP) opened its doors last Saturday and did so with the exhibition “The Palm Grove of Orihuela in the light of the poetry of Miguel Hernández”, based on the anthology by Oriolano Miguel Ruiz Martínez who has held on the occasion of the 79th anniversary of the death of the goatherd poet.

The exhibition is a selection of poems by Miguel Hernández in which the close relationship he had with the now Asset of Cultural Interest (BIC) is shown. It is made up of 5 panels inside the center, which includes 5 poems that make up the agrarian landscape of the Oriolano palm grove, such as the orchard, the palm tree, the date and the palm grove. and a second set of 25 poems about the walkers of the rectangular terrace in front of the CIP hugging the palm trees, which symbolizes the poet’s embrace of the Palm Grove, and which, chronologically, show the Hernandian gaze on this environment, ending with the palm tree presented as a symbol of love.

The opening was attended by the Mayor of Orihuela, Emilio Bascuñana, the Councilor for the Environment, Dámaso Aparicio, the director of the Miguel Hernández Cultural Foundation, Aitor Larrabide, the author of the anthology and a hundred people who enjoyed this exhibition that was set with the interpretation of various verses by actors from the Teatro Expresión group.

After visiting the exhibition, Aitor Larrabide took the floor, who highlighted the magnificent journey that the author of the anthology makes through the more environmental Miguel Hernández. He thanked the attendees, surprised by the great reception that the event had had, indicating that it is a symbol of homage to our most universal poet, as well as as a poet, as a person committed to his land.

On his part, Miguel Ruiz, made known works that he had done on Miguel Hernández, stating that “today, Miguel Hernández’s poetry shines throughout the Palmeral, enhanced by the centennial glow of the palm tree stars. We, the citizens, are responsible trustees of the Palmeral’s legacy and the poet’s legacy. Let us take care of and safeguard both treasures of our cultural heritage and thus they will reach future generations, who are our hope ”.

Dámaso Aparicio closed the turn of interventions, excusing the fleeting appearance of the mayor because he had to go to an act of Holy Week. The Councilor for the Environment emphasized that this exhibition was mandatory because both the Palmeral and Miguel Hernández are two referents of the municipality and are linked to each other. Practically, he asserted, “this is the garden where Miguel grew up, helping his father to work and where he left us all these poems that are reflected in this anthology today. For me it has been very pleasant to work on this exhibition because we continue to value the Palmeral and what better than with the verses of Miguel Hernández ”.

The day ended with an exceptional concert by Fraskito who performed his album “Tierra y Sangre”, which he performed as a tribute to the Oriolan poet. 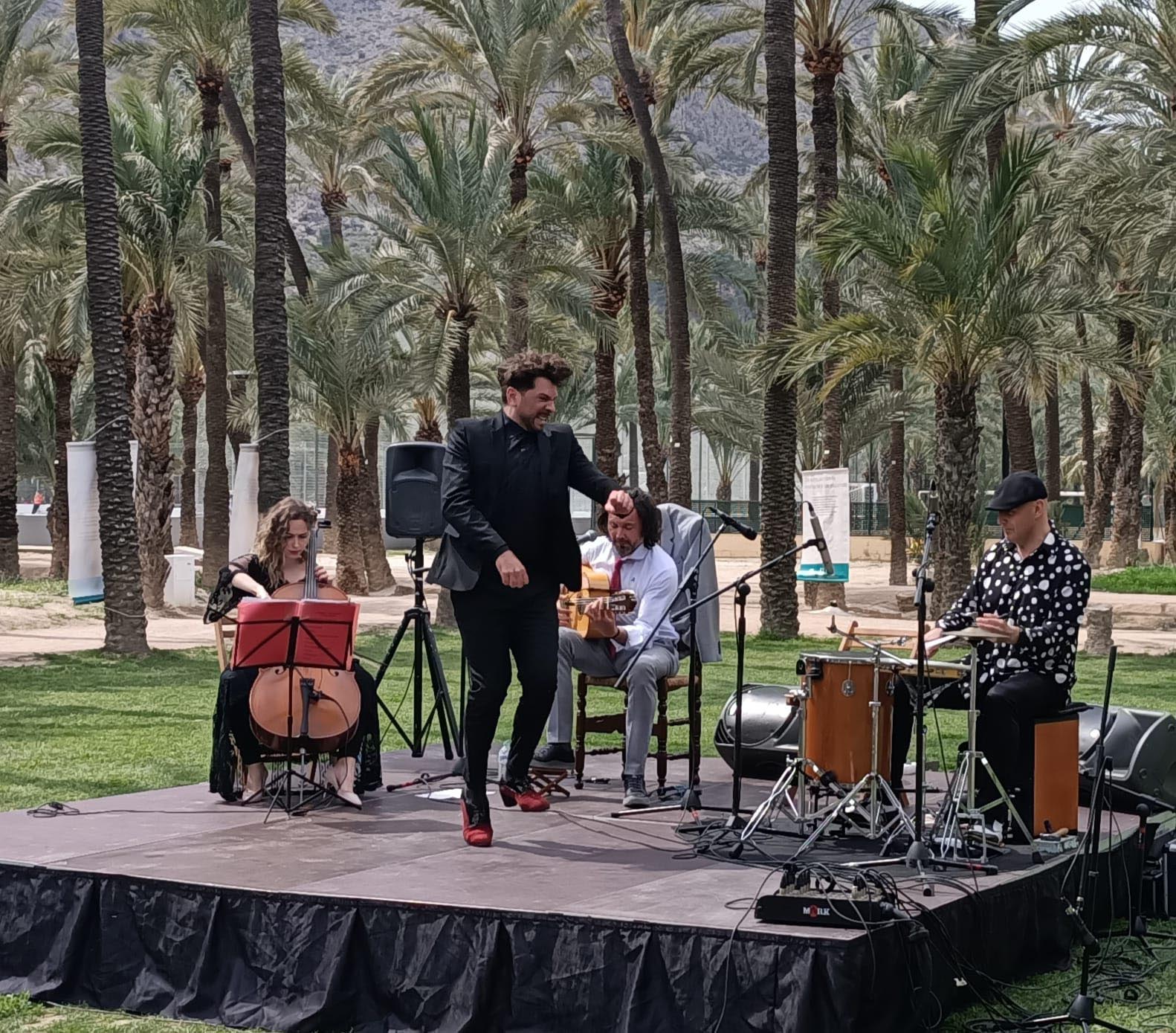