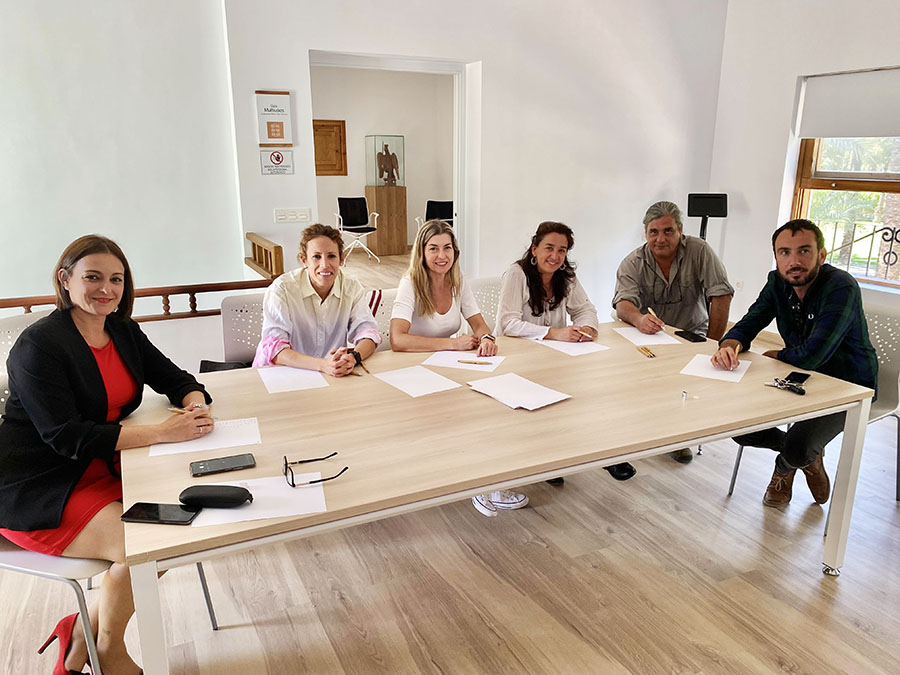 200 works are presented to this first edition, which has had a specialized jury, highlighting the presence of Pablo Laguía, Canon Ambassador in Europe and considered by the prestigious magazine “Vogue” as one of the best photographers on the international scene.

The Orihuela artist Renato López Baldó, with his work “Abril Húmedo”, was the winner of the 1st “Palmeral de Orihuela” Photography Competition. In addition to a trophy, the prize is 400 euros. The second prize of 200 euros went to “Fosca”, by Gerardo Cayuela Grao, and in third place, with a prize of 100 euros, was the photograph entitled “Como manos desde fondos de horizontes y colinas nos dijeron las palmeras levantinas” (Like hands from the depths of horizons and hills told us the palm trees of the Levant), by María José Bas.

In this edition, 4 prizes were awarded to students of the Orihuela School of Art and Design (EASD0). The winners were Mohammed Bensaad, with two works: “Lino” and “Confort”, Monserrate Sánchez Abad, with “Dos”, and Fran Penalva Menacho, with the photograph “LightPalm”.

In this first edition, a total of 73 lovers of this art participated, 17 of them students of EASDO, presenting a total of 200 works to the contest.

The jury was made up of the prestigious Orihuela photographer and Canon Ambassador in Europe, Pablo Laguía; the experienced photographer and biologist, Gonzalo Escudero; the photography teacher of the EASDO and the vice-director of the centre, Raquel Artacho and María Isabel García, respectively; the Assistant Zone Manager of Caja Rural Central, Gemma Martínez, and the councillor for the Environment of Orihuela City Council, Patricia Menárguez.

The prizes will be awarded on 2 June, at the Palmeral Interpretation Centre, coinciding with the opening of the photography exhibition, which brings together the thirty finalists of the competition, which was an initiative of the Department of Environment of Orihuela City Council and has been sponsored by Caja Rural Central and the collaboration of the EASDO.